The aim of the project is to investigate, the structural and functional characterisation of novel macroalgal-derived phlorotannin, carotenoids (fucoxanthin) and polysaccharides (fucan) from Alaria esculenta cultivated on near-shore long-lines in Bantry Bay, Co. Cork, providing further insight into the structure and antimicrobial/antioxidant activity of the compounds. These compounds have the potential to enhance both human and animal nutrition and general well-being.

The principal premise is that long-line macroalgal cultivation coupled with characterisation analysis will allow for the identification and quantification of these bioactive for reproducible use in pharmaceutical, nutraceutical and veterinary products.

BMRS has cultivated 11 long-lines in the 2017/2018 season and has deployed the lines for the 2018/2019 season. Extraction and characterisation of fucoxanthin and phlorotannins has been carried out. Antioxidant activities of both these compounds has also been completed. 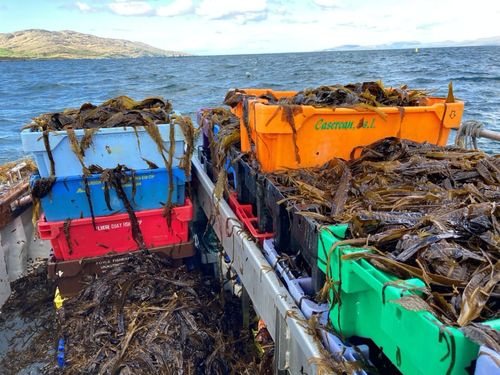 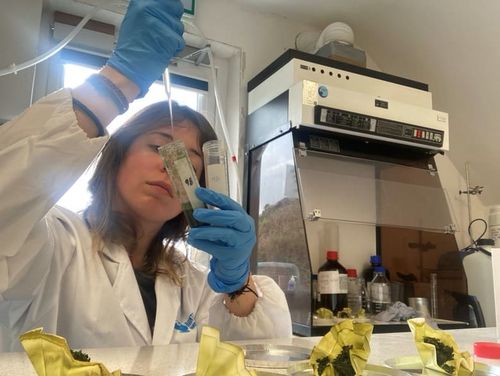 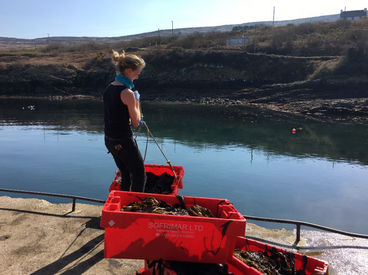 Seaweed being lifted from the boat 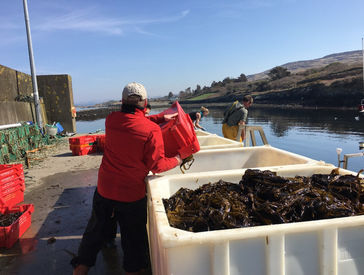 Researchers filling the bins with seaweed from the seaweed farm 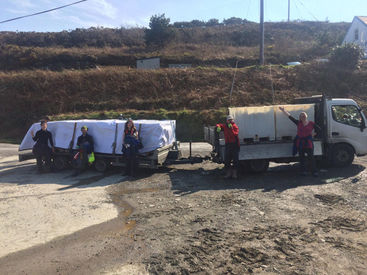 Researchers from BMRS after the first seaweed harvesting on March 26 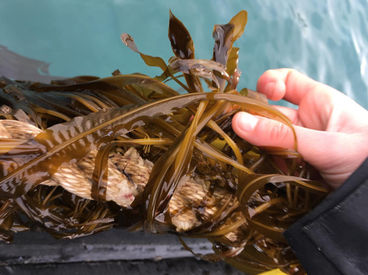 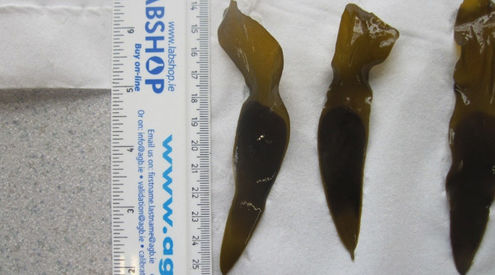 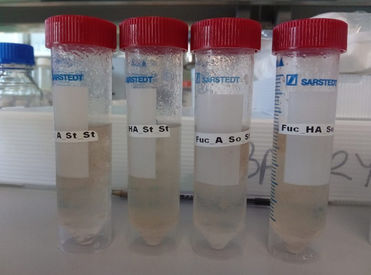 We have deployed long-lines of Alaria esculenta last October and November. Since then, they have experienced a spectacular development, with individuals between 1.5 and 2 m in length.

At the same time, we are testing the antioxidant activity of the seaweed extracts at Bantry Marine Research Station facilities